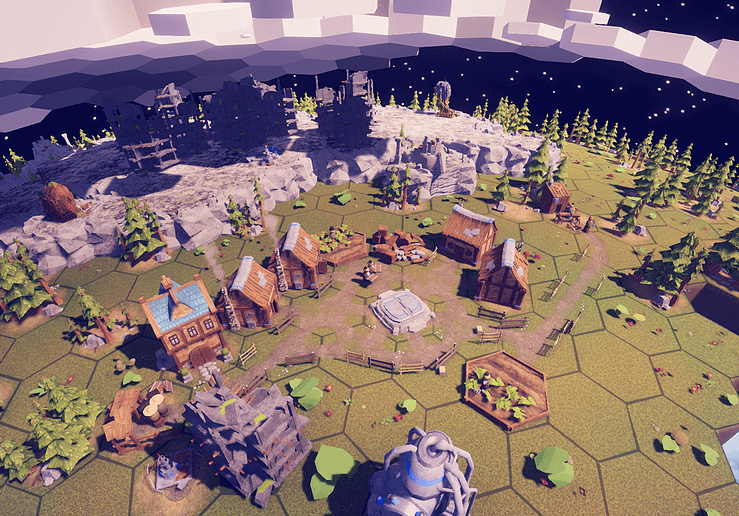 All the things are happening

Hi all!  So much has happened in the last few weeks that I don't even know what to talk about.  I haven't blogged for the last couple of weeks because I've been reaching the end of Friday with a screeching handbrake turn, having been working flat out, and writing a blog just hasn't fit into the remaining brain cells.

Before I go into what's been happening over the last few weeks, a request...  I'd love to know what you all out in the wilds of the internet want to know!  Stick in a comment or drop me a line however, tell me what you want me to talk about more.  Am I saying enough or not enough?  More technical stuff, more nontechnical stuff, whatever!

So for the last few weeks, I've been doing a huge amount of internal work, such as adding in a whole Localization system, which means that translating Before We Leave into other languages will be much easier than it was before, adding lots of options to the Adjacency system I talked about earlier, and implementing lots of fixes and changes from feedback.  I've also finished off the graphical updates with new roads.  The grass I added has been removed because it just didn't look right.  I'm unsure whether I'll add something like it back in, what do you think?

There are also a couple of larger items that have found their way in. The first is I've built an initial cut of a system to allow players to design their own planets - drawing out islands, terrain, trees and the like.  The plan is that you'll be able to share your planets on Steam Workshop, for a bit of custom designed interest.  Adding this in required yet another huge wrench of the games internals, so I'm feeling really happy that nothing broke too badly when I did it!

The other big item is that we've finally decided on what the Macro gameplay is going to be.  I've been happy with the Micro gameplay for a while - placing buildings, deciding what you need where, what resources you need etc.  There's a lot to do and add and balance there, but it feels good to play.  But the Macro level - things like why are you doing this, how do you expand, what do the ongoing game and end game look like has been rather fuzzy for a long time.  But I had a great talk with some of the other stakeholders in the game, and we've come up with a great plan.  I'm not ready to tell you what the plan is yet - apart from anything else I'm still working to make sure it's technically viable, but I think it hits a good balance of being something that people familiar with the genre will understand easily while also being something quite new and unique.

Oh and also, once I sort out some font licencing issues, I'll have all the images for the Steam Coming Soon page ready too, which is super awesome!

Talk to you all again soon :)