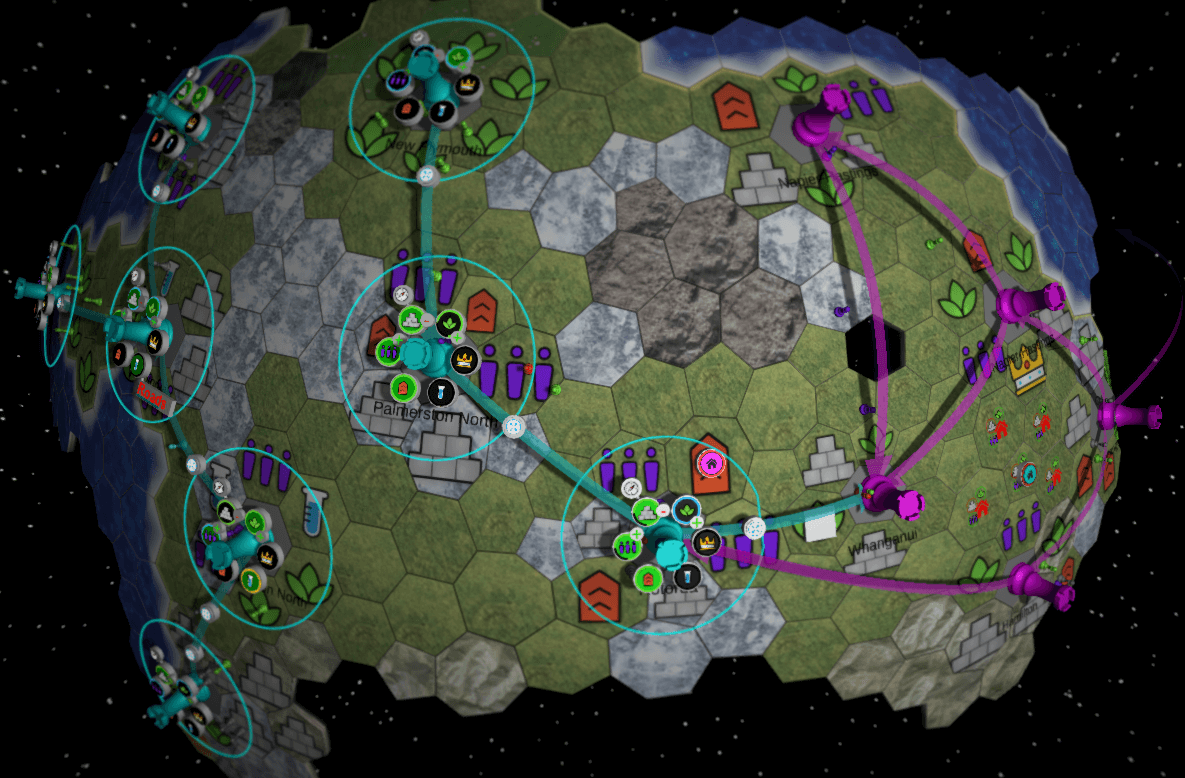 "Defeated five heinous empires to take the crown of ruler of the world, or something like that."

There's been some serious celebration going on today!  Well, actually I think I said "Yes" and might have fistpumped once, cause that's how I roll, but there was a party going on internally :)  Today I decided I needed to sit down and actually play through to the end of a game.  I had to try a few times (kept hitting and fixing bugs, and one time the dirty rascal AI actually got the better of me) and things were running really slow by the time I got there, but I made it!  Defeated five heinous empires to take the crown of ruler of the world, or something like that.  Such a good feeling to play through to the end, and see that it's going to be fun once I'm done with it!

Of course, like a twit I forgot to take a screenshot so you have no proof of any of this, but here's another game, earlier along - I'm the nice clean cut blue and the AI is that nasty purple.  Which I always type as purble for some reason.

You can see some research going on to the left - inventing roads so that I can send more resources to where they're needed, and there's a border skirmish starting in the centre-right, with a couple of my cities making armies (the red symbols) and sending them to attack.