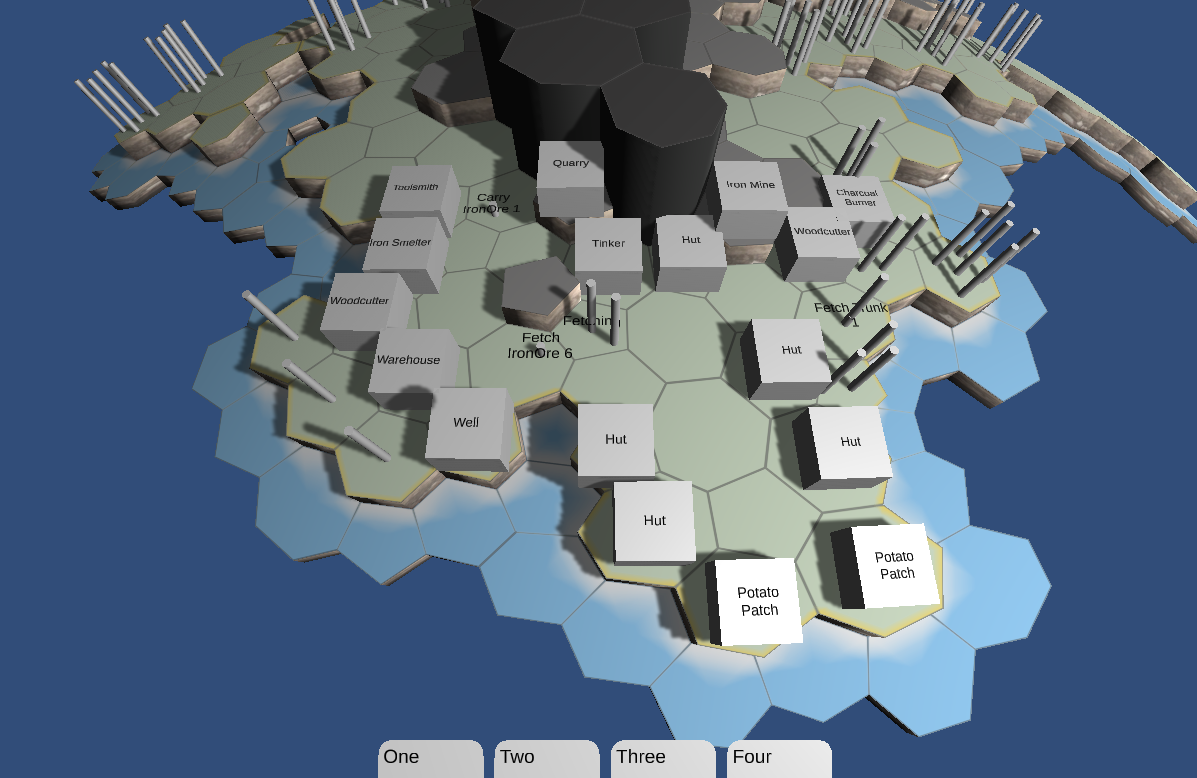 The beginning of "Before"

"In order to survive, you need to build your tribe up to the point where they can assemble scrappy steam-punkish rocket ships to escape in."

Whelp, here you go! First screenshot of a village with functioning tool-construction chain, plus houses and food and water. Obviously I'm going for functionality first :)

So the general idea is that you're sandwiched between the end of civilisation and the literal end of the world (as in, the whole planet is destroyed at the end of the game, whether destroyed by a meteor, eaten by a space-whale or crushed by a super-giant squid). In order to survive, you need to build your tribe up to the point where they can assemble scrappy steam-punkish rocket ships to escape in. Actual gameplay will be similar to Settlers/Anno 1404. To reinforce the end of civilisation, the 'mountains' (tall black tiles) will actually be ruined skyscrapers. I'm planning on a low-poly, nearly monochrome presentation, with pops of colour (such as the fires in your forges).

I'm also planning on having elements of cooperation and trade-off - the fastest path to building spaceships requires resources from other (player/AI) tribes, but there is not enough space to easily spread out. Do you attack and destroy the other tribes for their space and take the slow path building your ships, or do you work together, but constantly have not quite enough space? Do you destroy the bears and dragons that hunt your people, so that they can move and trade freely, but then miss out on the fur clothes and dragon-breath fuel that could be the difference between finishing your shop or not?