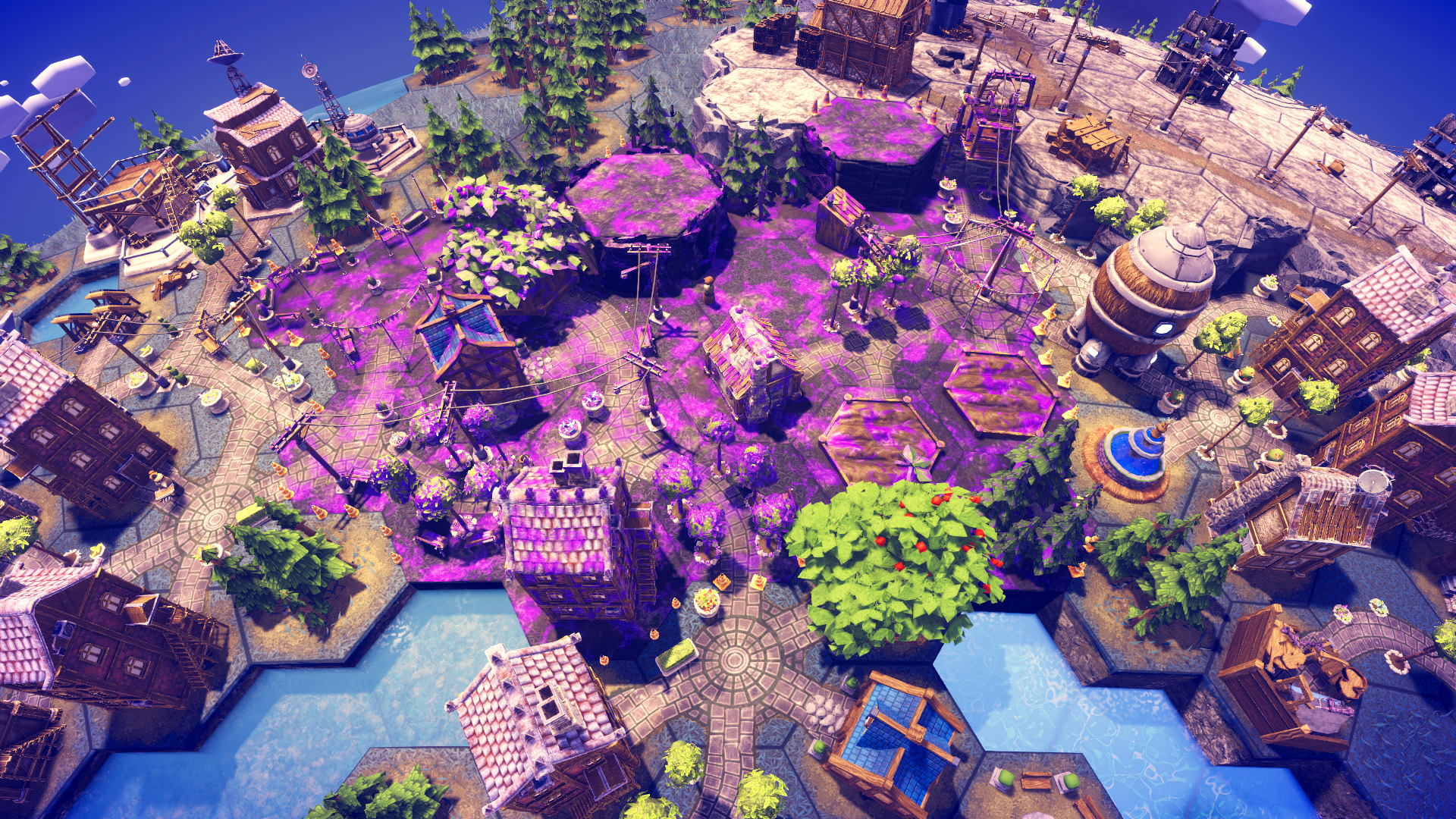 "The Wasteland Update has arrived! YESSSSS!!!!"

Hello everyone! Our eighth free content update, The Wasteland Update has arrived! YESSSSS!!!!

This has been six months in the making, and it’s our biggest content update yet! And, as Before We Leave approaches it’s second birthday, we have a bittersweet announcement to make: The Wasteland Update will be our last content update, too. This might already be known to you, since we’ve already talked about it here and on Twitch/YouTube too.

Here are the full patch notes for the update -

Smart Shipping is a whole new way to transport resources between Islands and Planets.

You just decide what amount of each resource you want on each Island, and the new system automatically transports resources around - taking them from Islands that have more than they want and delivering them to Islands that don’t have enough. This works between Planets too - just set up the Islands, and if the resources need to be shipped between Planets, they will be.

Once you’ve discovered and constructed the Research Institute you can research Repeatable Technologies. These give you a 10% boost in some areas of the game, and can be researched multiple times each! They’re arranged in groups, and each time you research any technology in a group, all technologies in that group become more expensive.

If you don’t know what a Research Institute is, here’s a hint: Build a Submarine and explore that one different Sunken Ruin on your first Planet.

Occasionally, a Highly Polluted tile might turn into a Toxic Sludge tile! This will destroy any building on the tile, and turn the surrounding area into Wasteland.

You can build Protective Elevators and new Protective Airlocks (the same thing, just without going up a cliff) to allow Peeps to change into Protective Clothing to access the Wasteland safely. They still won’t work in Buildings while protected, but can fetch resources safely.

We’ve made Space Whale attacks happen less often, but the more Toxic Sludge tiles you have, the faster they get!

The Whale Charmer end-game building cannot operate on a Planet with any Toxic Sludge tiles.

Hub Buildings help the surrounding buildings, but don't do anything specific themselves. They are invented with the new Logistics technology. There are three kinds of Hub Building:

Nanotech Spires are available in new games only!

If you explore a Nanotech Spire, you can choose one of three options that will remake that Island. The choices are:

Choices are permanent and unchangeable, so choose wisely!

Entirely removes a deposit of Astrobaleenium!  It is unlocked by the existing Laser technology.

‍We've added a variety of decorations to spice things up on your Islands! Unlock these Decorative Buildings by achieving certain milestones in the game. Here's a few examples of how you can get some:

As always, the best place to tell us about bugs and provide feedback is in our Discord. Also a huge thanks to everyone who played the experimental beta branch on Steam and gave us feedback. You're the best!