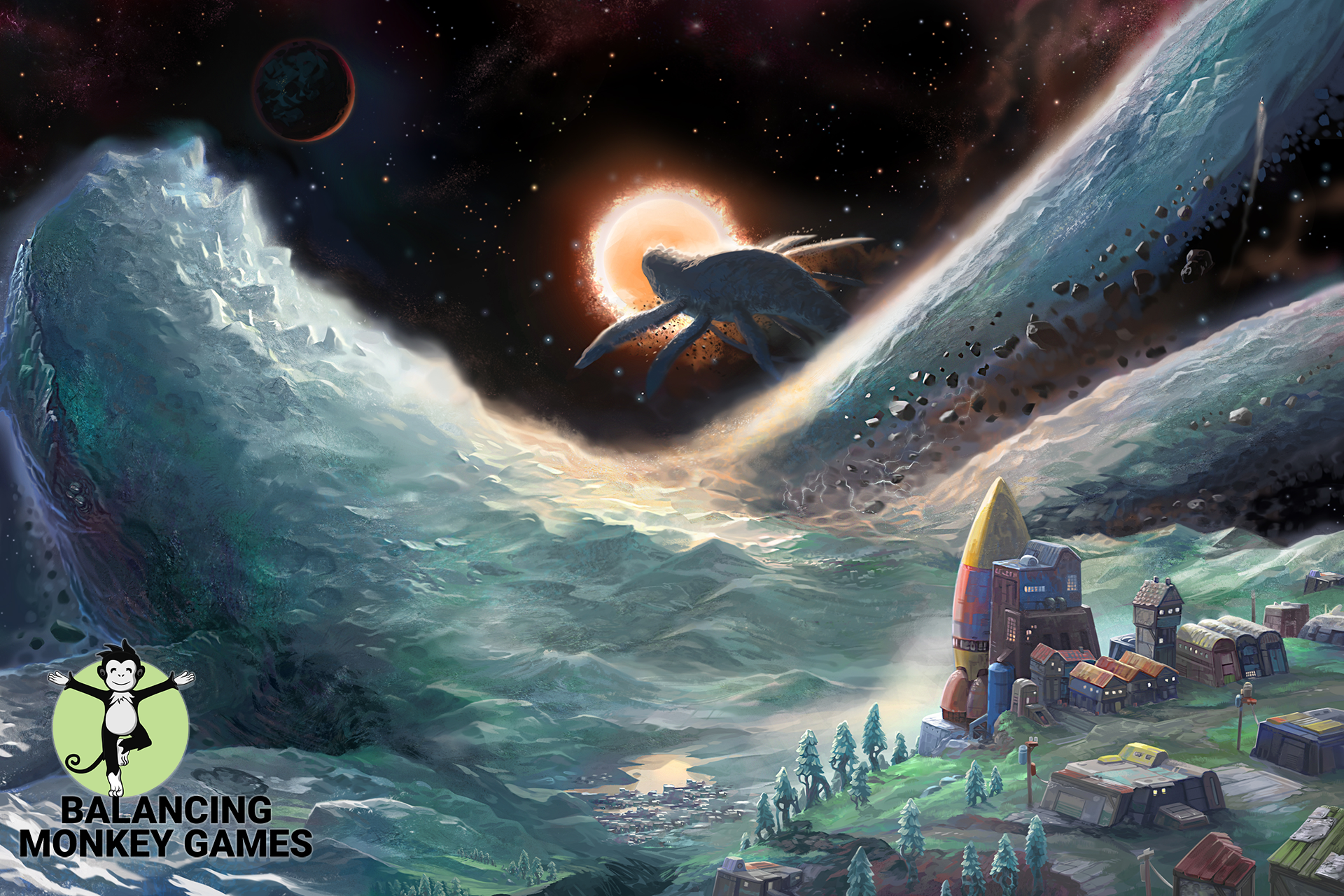 "...you could call what we’ve got so far an “extremely early Alpha” stage - we’ve got many of the basic game systems that were in Before We Leave running in the new game"

Hello again everyone! It’s a long time since we’ve been doing regular dev blogs, but now that we’re in the swing of creating a new game it’s time to resurrect them, like Emily said last week.

As I write this, it’s 4 or 5 weeks until we take a break for Christmas. Our new game (codenamed Project Charlie) is in development. In case you’re new here, Project Charlie is the sequel to our first game Before We Leave. It’s a chill, cosy city building game, set on the back of a massive Space Whale traveling through space. Last time, we said it was “non-violent”, then kinda had to modify that to “mostly non-violent” - Space Whales eating chunks of your planet and all that - but this time we’re planning to actually nail “non-violent” as well!

I guess you could call what we’ve got so far an “extremely early Alpha” stage - we’ve got many of the basic game systems that were in Before We Leave running in the new game - hexagonal terrain, placing and demolishing buildings, Peeps moving around to fetch and deliver resources to construct and operate buildings and so on. We’ve got a small number of people taking a look at our early builds, just to check we’re on track to make an even better game than Before We Leave.

We’re also changing and expanding what you can do in the game of course! One major new feature is the ability to change the terrain, which has all sorts of interesting consequences for the gameplay that we’re really looking forward to showing you over the coming months.

Hrm, what else? As usual, there’s all sorts of exciting things going on in the background that I can’t tell you about yet. I know that’s lame to say, but that’s the nature of game development. Sometimes there are contacts that limit what we can say, sometimes we just need to get our ducks all in one basket before showing or announcing something. But there’s definitely lots of news coming down the pipe!

RIght, I think I’ll leave it there.  We’re just getting back into the swing of doing Dev Blogs, so give us some time to remember how they flow.  Also, I need to go and tell the Spaceship Constructor building to wash its hair and stop being annoying :)