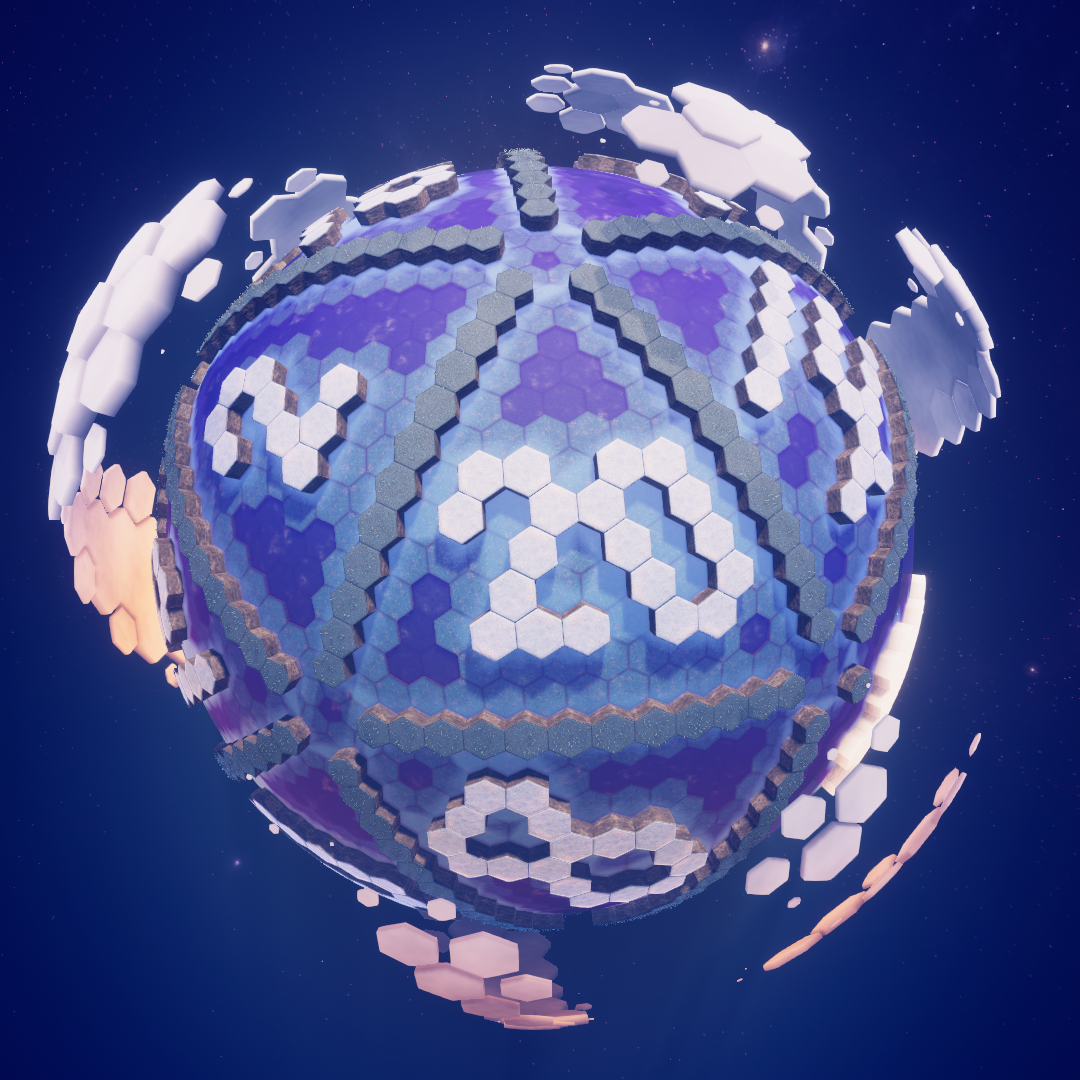 "We're working on the Planet Editor Update. As you might guess, the main feature is allowing you all to design your own planets"

We’ve had an eventful 5 weeks since we last updated you all on what’s been happening within our little studio and Before We Leave, which is now a two-time award winning game! Ahhhh!

Sam and Isaac have been working on our next update that will include our Planet Editor! We’ve been teasing this on and off for a few months now, and it’s awesome to be getting to a point where we can show it off to you all. I asked Sam for some particulars of the update -

“We're working on the Planet Editor Update. As you might guess, the main feature is allowing you all to design your own planets - with your own islands and terrain, and whatever arrangement of trees, animals, houses and waterfalls you like. Designed planets can be selected to be included in your games alongside normal randomly-constructed planets, and will be shareable through Steam Workshop and as simple files you can give to friends. And, hopefully, they can also be used as the basis of player-created Scenarios later on!

We've just reached the point where we've sent a build of these features out to testers for feedback. The update will also contain a bunch of changes to the main game. For example, just this morning I implemented the changes necessary to allow Forests to be constructed without being next to a Road, which has been requested a whole bunch.”

On top of that, it’s proven to be a trickier update than we initially thought, with a code refactor needed to make sure Before We Leave can handle the addition of this pretty sizable update. We’re also in discussions with our Discord community about how to design certain aspects of the update, so if you’re keen to get involved, head on over to the Before We Leave Discord.

Speaking of our Discord…

Another Kind of Update

As well as working on updates for Before We Leave, Sam and I have just completed an overhaul of the Before We Leave Discord! It recently had its second birthday too, and with over 11,000 lifetime joins, we’re really proud of the work we’ve done there.

But it also needed some tidying up!

We created a bunch of off-topic channels and roles so people can have conversations about things that aren’t Before We Leave related (a convenient excuse for me to get to know all the interesting and fun people in the BWL community), as well as some extra BWL related channels. We love to chat, so come say hello!

The “Across the Ditch” award

We were nominated for the Across the Ditch award at the 2021 Freeplay Awards (some context - Freeplay is Australia’s longest running independent games festival, and has a focus on the artistry of games, particularly ones made by small teams, like us!). We were absolutely thrilled to learn that we’d won - thank you so much to the judges and Freeplay for choosing Before We Leave, and considering our game worthy of such a cool award. Congratulations to the other nominees and winners, too. You can watch our victory speech here.

The best part about winning the award was that we were able to celebrate together; a very rare occurrence indeed.

After launching on Epic as well as Steam, we figured we deserved a bit of a celebration. All four members of the studio headed down to Hanmer Springs in the South Island of New Zealand with our families in tow, and spent 3 days hanging out, eating great food and relaxing together. This was when we found out we won the award! It was great celebrating such an awesome win together.

Our Next Team Member

After we came home from Hanmer Springs, Anna and Sam got busy with beginning our search for a Producer. As the studio grows, we need someone to help us stay organised and on task. (A side note, but if you’re a Producer, please look at our job ad on Seek! We’d love to hear from you). Hopefully, in the next month or two, we can introduce our new team member to you here.

Balancing Monkey Games is heading to NZGDC - Sam is even giving the closing keynote speech, which is exciting! I’ll also be on a panel for people wanting to break into the games industry on the student day. If you’re one of the lucky people that will be able to attend, please come and say hello to us; we should be pretty easy to spot in our company hoodies.

We have a favour to ask…

Before I wrap up this month’s blog post, I have a favour to ask! If you liked Before We Leave and want us to continue making games, it would be awesome if you left us a Steam review! In layman's terms, Steam has algorithms in place that make it easier for Before We Leave to continue being successful if we get a certain number of reviews.

Thank you so much for reading this lengthy post, I'm looking forward to bringing you all more news in August!