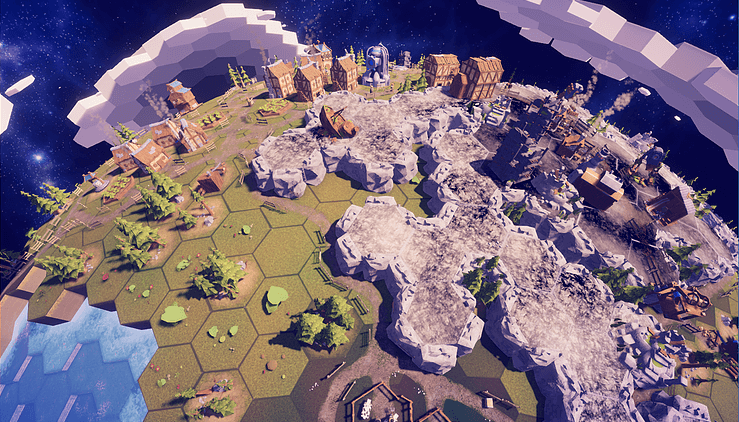 The title pretty much says it all.  I know that 'Alpha test' and 'Beta test' mean different things to different people, but to me Alpha means 'whole chunks of the product aren't built yet, but there's enough here that you can start testing parts of it', whereas Beta means 'everything's built, but we know it's buggy, so it's not ready for release yet'.  Now you know!

This week has been full on with getting heaps of feedback and bugs reported and dealing with lots of it.  The game is way more solid already which is super awesome.  There's always more to do, of course, but it's been a huge help.  It's also amazing seeing strangers playing the game and enjoying it and talking about it, so if any of the testers read this, thank you very much!

On top of that, I started an art competition on the Discord server with the prizes being access to the Alpha and even a full game key.  I'm really excited to see what people come up with - someone even seems to be considering sculpture!

I did manage to find the time to add a whole new feature too - power generators!  It used to be that within the game you could turn Wood into Coal in a Charcoal Burner building, which would then power buildings like the Iron Smelter and Toolsmith.  But that felt a bit too standard medieval to me - didn't quite fit the weird post-apocalyptic-ish setting.  So now you can build power generator buildings, starting with one that burns wood, to generate power for buildings around them.  They're pretty polluting, but later on you'll discover other much better versions.  No images yet sorry, Rafal is finishing up the models.

There's other super exciting stuff going on too, but unfortunately it's all in the "can't talk about it" basket!  Rest assured I'm looking forward to telling you more when I can!