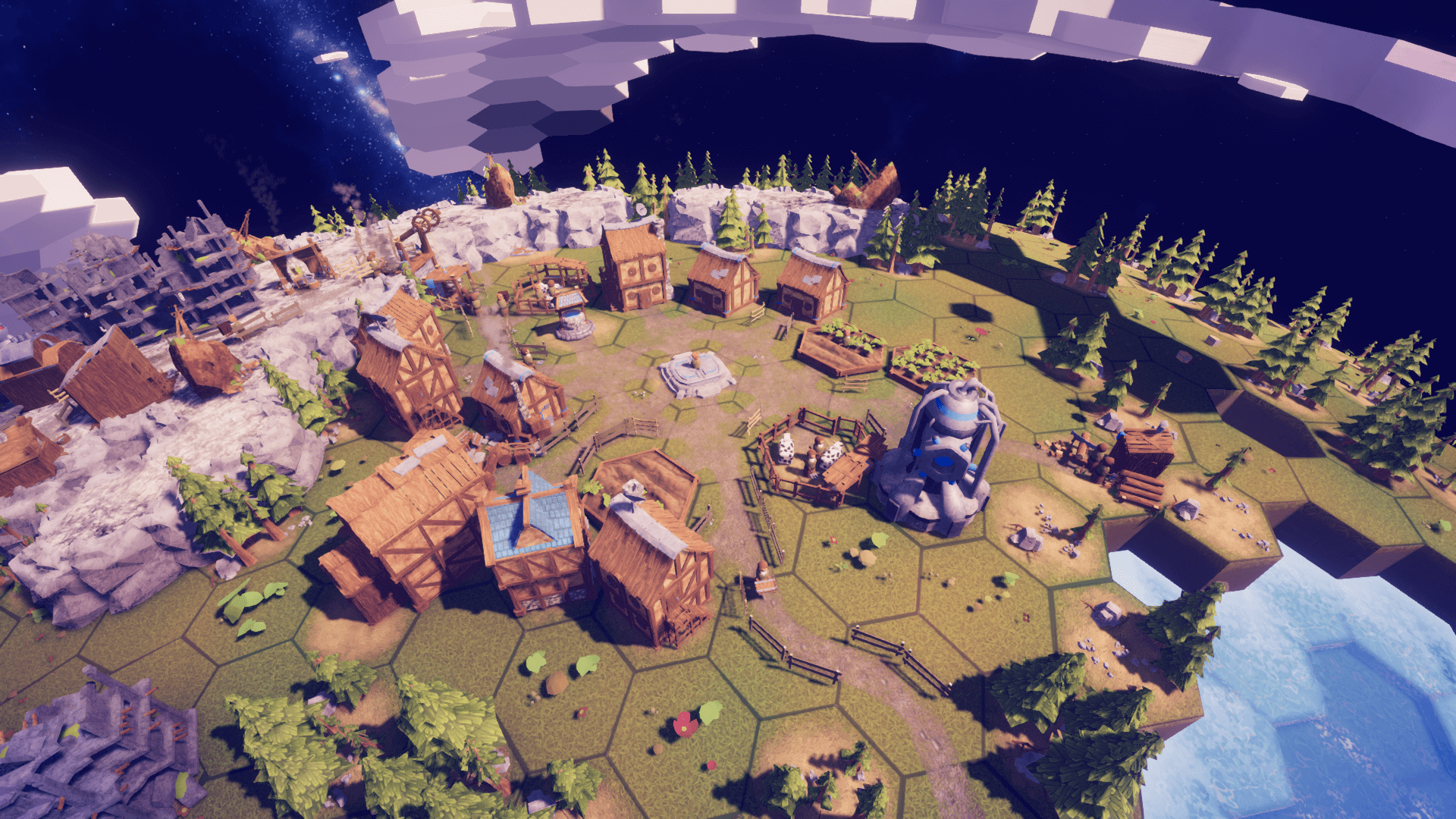 "happiness is a meter that drops slowly over time - and drops faster if they're standing somewhere polluted, but slower if they're somewhere out in the open or near trees"

This week I finally added a feature that I've been wanting to add for absolutely ages - Happiness!  Or perhaps Unhappiness would be more correct.

For a long time, I knew that the main extra thing that needed to be added to make things harder in the game was to require players to look after their citizens happiness, by providing them with nicer food and drink, improving their surroundings and so on.  Having gotten a big delivery of models from Rafał that contained most of the buildings I needed for all of that, this week it was finally time!

The general idea is that your citizens happiness is a meter that drops slowly over time - and drops faster if they're standing somewhere polluted, but slower if they're somewhere out in the open or near trees.  If it drops too far, they start to move and work more slowly.

The players job, apart from trying to keep pollution down, is to research and build all the new different buildings that will provide ways to build up the citizens happiness again.  Things like Fountains, Vegetable Fields, Orchards and Markets.

Right now, I'd say we're at the "functional but unbalanced" stage in this rather large feature - all the basic infrastructure is built, and a lot of the happiness-buildings are added, but things are still a bit weird and unbalanced - the timing of when things become available, and how large an effect they have needs a lot of play testing and tuning.  And there's still more to add, like making Snow reduce happiness unless your citizens homes are powered, and then allowing the player to make clothes to help with that, for example...