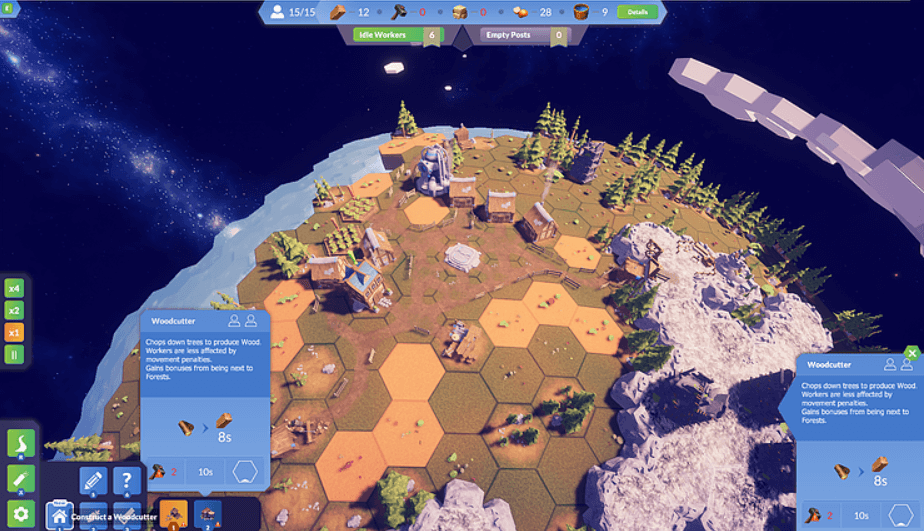 "Nothing is ever actually finished in game development"

Well it's been a busy couple of weeks and no mistake! The main focus has been on getting everything ready for a proper announcement of the game, so lots of trailer editing and getting the Steam 'Coming Soon' page ready and so on.  All of a sudden (nearly) everything fell into place today, so watch a social media platform near you for something coming in the very near future!

On top of that, a small idle game that we commissioned to be played within the Before We Leave Discord server was installed this week.  It's kind of like a super-miniaturized version of the real game, so if you want a preview of things to come, head along and take a look at that.

And as if that wasn't enough, Rafal came back with the final UI design, which is just so nice, especially as it means I don't have to carefully hide the UI every time I make a screenshot!

There is, of course, more to do here - nothing is ever actually finished in game development - but it's just so much nicer than it was before that I had to show it off!

Have a great weekend everyone, and we'll see you all next week!