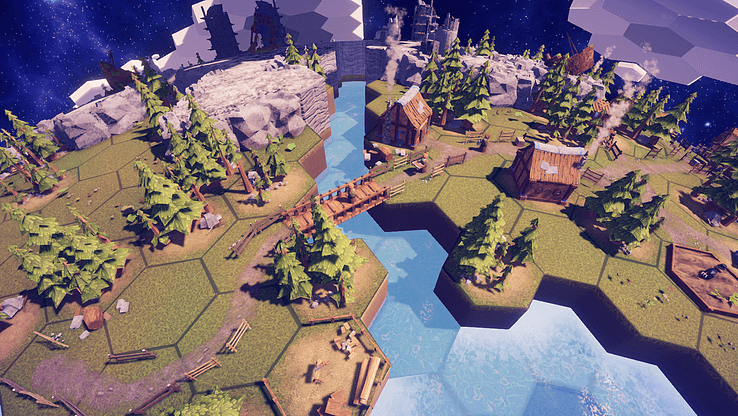 "I decided to take a break from fixing bugs"

Things have been going really well in Before We Leave land.  The Alpha testing has been going so well that I decided to take a break from fixing bugs and make this New Feature week - adding a bunch of new content to the game instead of working on what was already there.  To that end I added:

Up until now all the islands in Before We Leave have been the same grassy plains, so the first order of business was to shake that up with new island types.

On Desert islands there's no water and food won't grow except in tiny Oases, but they're the only place you can find the raw materials for Glass. *

On Snow islands you need to make sure your citizens are warm and protected in order to access the Oil that's only found here. *

* (All in-game effects are subject to change entirely as development proceeds!)

Up until now there was only one resource used to generate the research you need to unlock new technologies.  This has been updated so that there are multiple 'research resources', each of which is used in different branches of research.  Some of these types will be difficult to find, and unlock the very best of the technologies and upgrades available.

It's always been my plan that you didn't have infinite citizens emerging from the Bomb Shelter where you start the game, but had to start rebuilding a true civilization on the surface.  In order for that to feel right, we needed children of course!  Children start turning up once you invent and build Schools (and run out of your initial citizens).  They run about playing, go to school to learn and eat far more than their parents, but quickly grow up into useful, if less cute, members of society.  They're pretty difficult to spot, but you can see a couple here hiding in the trees behind their school.

A while ago a bug in the game ended up creating an island with a narrow slot of water through the middle of it.  I thought that actually looked really cool, so decided to incorporate it into the game as 'rivers'.  But where there are rivers there need to be bridges, so that was the next thing to be added.  It actually required quite a lot of work to teach the citizens how to cross over the bridges, so I'm glad it went as well as it did!

The last major thing I added this week has been request frequently by people testing the game.  For ages there's been a panel you can open to see a summary of all the resources on an island, but now that panel also displays basic information about all the citizens and buildings as well, so that there's a one-stop shop for all your informational requirements.