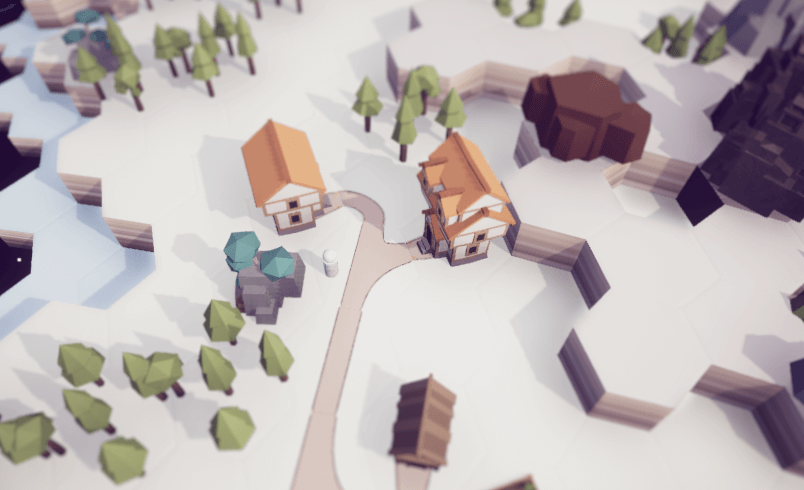 "Think of it like this : until you find some circuit boards, your people have no idea that electronics are even a possibility."

Today I'm not going to talk about what I'm doing this week, mostly because I'm not sure (which is why this is a day late).  Instead I'm going to describe how Research is actually going to work (everything going to plan).

In city-building games like Before, you need to unlock new buildings at a rate that allows players to understand them as they're learning.  If you started the game with 100 different things you could build, the amount you'd have to understand all at once would be paralyzing.  Even once you know the game, it's much easier to play if buildings become available to you in a sensible order and rate, again so that you aren't overwhelmed by choices when you're just starting out a new game.

Games in this genre have several main ways of unlocking buildings over time.  Kingdoms and Castles has all the buildings unlocked from the start, but the amount of resources required to build them is carefully balanced so that you gain access to them at a good rate.  In the Anno games, buildings are unlocked as your population grows.  And in The Colonists, you have a research building, where you unlock nodes on a technology 'tree', which in turn unlock buildings.

For Before, I'm not quite happy with any of those models.  The Kingdoms and Castles model only really works if you have a relatively small number of buildings.  The Anno model requires multiple 'types' of citizen and large eventual populations to have enough gating points to be interesting.  And I don't much like the technology tree model, because I feel like that's not how research works - you don't know where you're heading, and you can't just throw '100 wood and 50 stone' in a pot and get Mining out of it.  The other thing is that I wanted something that fit in with the themes of Before - rebuilding from the death of civilisation in particular.

After a lot of thought, and a long brainstorming session with some other game devs, I've come up with something I'm happy with.  Under the hood, it's actually just a tech tree like The Colonists, just hidden away.  If you build an Explorer building (all names are temporary :) ), explorers will go out and search through rubbish heaps left over from the ancient civilisations.  In doing so, they'll find scraps of ancient knowledge, which will be brought back and stored in a Library building.  There are different types of knowledge, that for the moment I'm describing as colours (so Green knowledge, Blue knowledge etc).  Some are rarer than others, and not available on your starting island, so you've got another reason to go out exploring.

In the Library building, you can choose what technologies you want to invent.  Each one requires a certain amount of one or more colours of knowledge.  So for example, Mining needs 10 Green knowledge, whereas Space Flight needs 100 Green, 50 Blue and 10 Purple.  As you invent technologies, other more advanced technologies become available, and new buildings and abilities are unlocked.

So far, so Tech Tree.  What's the difference, I hear you ask?  Well, there are two.  First of all, I'm not intending to show the player the 'tree' - nowhere will there be something that shows you that if you have Mining you unlock Metalwork, which leads to Space Flight.  On the Library, you can only see the technologies you've already unlocked, and the few that are available to you now to choose from.  The second is that in order for a technology to be visible, you don't just have to invent all the prerequisite technologies, you also have to find at least some of all the research colours that are required.  So, for example, until you find some Orange knowledge, you'll have no idea that Bathhouses and Taverns are things you can even get.  Think of it like this : until you find some circuit boards, your people have no idea that electronics are even a possibility.

The hope is that by hiding the tree, and by using resources that are linked to the knowledge of the past rather than physical resources of the present, the feeling of the game will be right.  Mysterious and based on rebuilding from the past, but not obtuse and annoying to play.  Only way to find out is to give it a go!