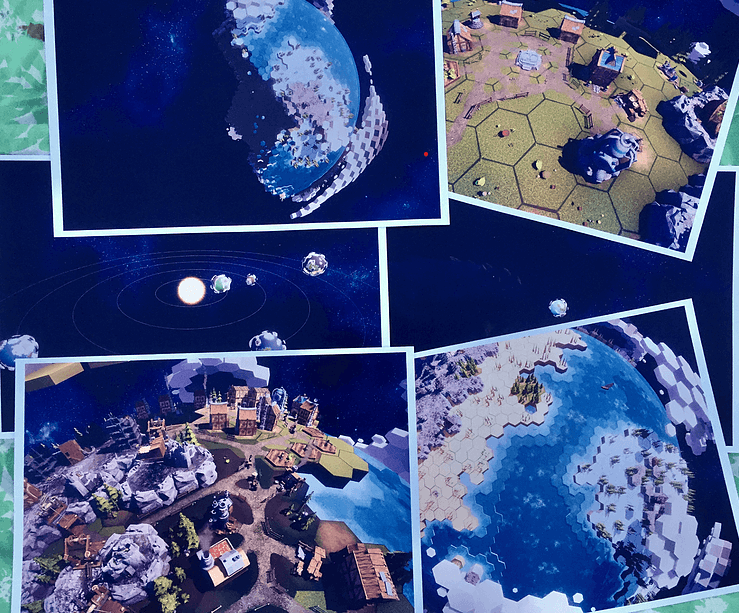 "... preparing for NZGDC and the Kiwi Game Starter competition ..."

Since the last update on here I had a bit of health-related slow progress (look after your backs, kids!), but that's all in the past thankfully!

This week I spent most of the week implementing a whole new way of controlling how your ships move resources around.  In Before We Leave, controlling how your resources move about is one of the central challenges, so it needs to be both easy to control and interesting to play with.  Within a single island resources are automatically fetched as needed by your citizens, but getting them between islands (and ultimately between planets!) is up to you.

My plan is to keep this all out 'on the planet', rather than hidden in a big separate screen - in games where it's a separate screen I always find myself flipping back and forth trying to remember which location is which.  On the other hand, if the UI for controlling it is in-game, it can get very complicated very quickly.  The new system has been released to the Alpha testers so that I can see what other people think of it, but until I've heard back I'm not going to actually show it off - too much could change yet!

The other thing I've been doing is preparing for NZGDC and the Kiwi Game Starter competition next week.  I meet the final round judges on Wednesday evening, then Before We Leave will be playable at the NZGDC Indie Showcase on Thursday evening, which is all very exciting.  Last time I was there I was pretty new to the industry, so I'm really looking forward to going back after a year of getting to know people better, both online and at other events.

I wanted to have something physical for the judges and the showcase, so today I went and got a few high-res screenshots printed out.  Seeing as I'm being a big meany and not showing you a screen of current progress, here's a photo of the printouts, including a first ever public hint of something ... gigantic.

Apologies for the photo quality, it was starting to get dark :)