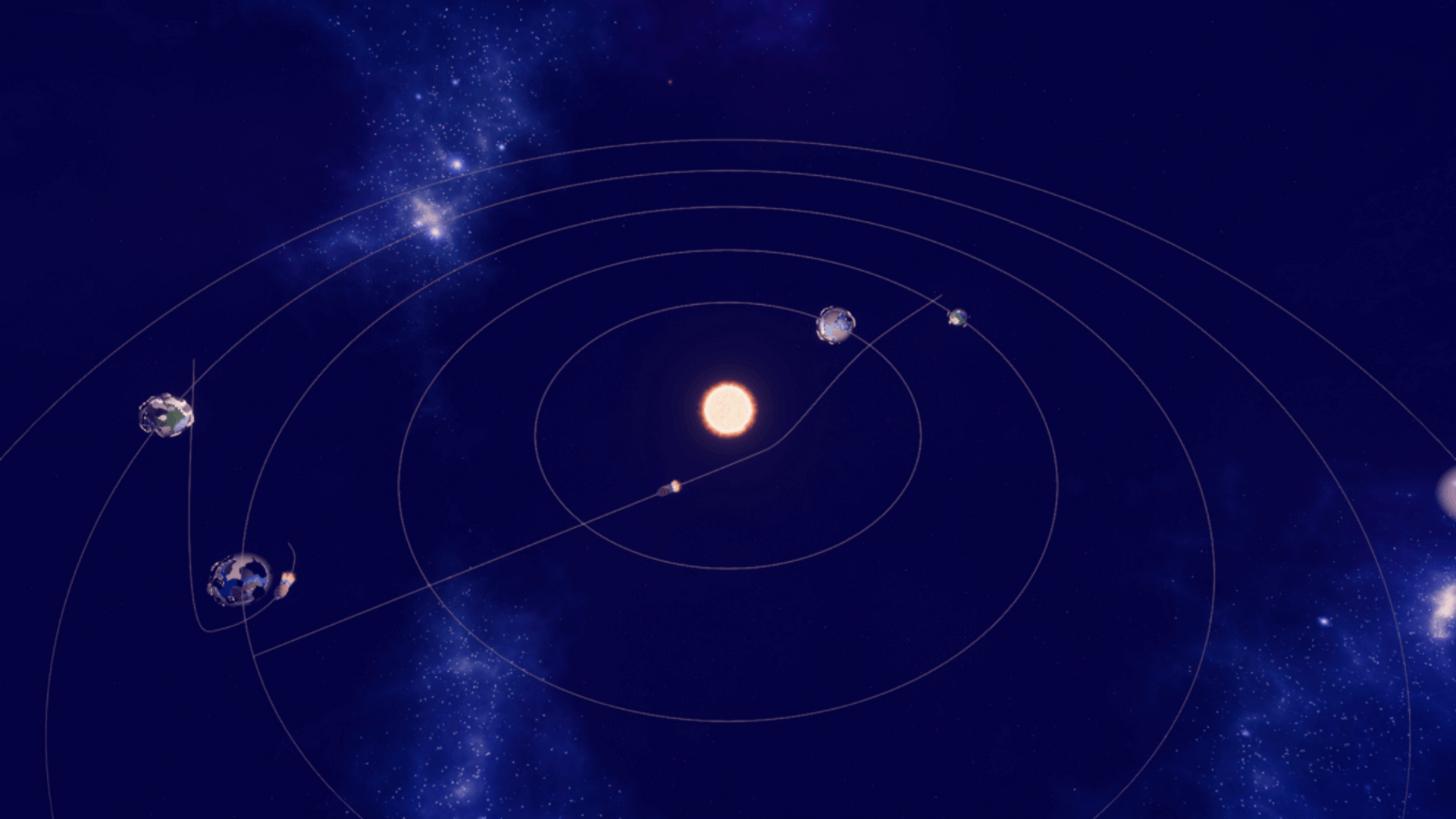 Hi all!  Just a quick post today.  I've mostly been working away on building the larger-scale gameplay that I mentioned a couple of weeks ago.  It's not all working yet, but I've done enough that I can at least show you what it's going to look like!

The idea is that you can colonize multiple planets in the solar system, and create trade networks between them just like you can do between islands on a single planet.  There will be more to see here - both challenges and opportunities, but I hope you get the idea.

I've got it to the point where you can launch wee spaceships and send them off to new planets to colonize them.  Being able to trade between them is coming along, but has a few snarls of complicated logic that I'm smoothing out as I find them as well, in order to make things easier to work on later.  I'm also working towards building an updated trailer, since the change in scope really needs it.

Oh, and I finally added in a system to allow buildings to be upgraded, where there's a better version available.  So happy to finally get that one in!  It turned out to be quite easy after I'd managed to nut out how it should work with some discussion with other people.