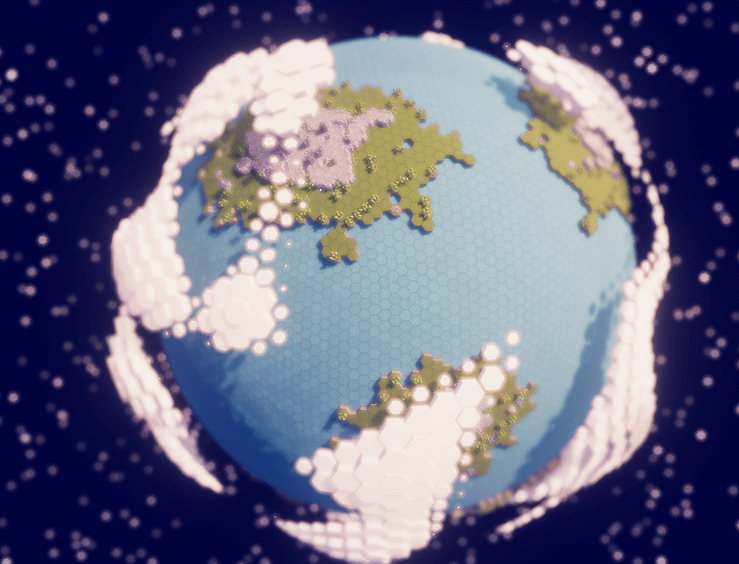 I realise that I haven't posted for a bit, so there's stuff to catch up on!  Most amazingest is that I posted the gif of clouds from my last blog post to Twitter and Reddit where they proceeded to go slightly viral, which was awesome!  Almost immediately after that, my computer that's powerful enough to record video at anything approaching an acceptable quality died hard (it was 8 years old, which is about 5 million in computer years).  Fixing it up was ... fraught.  So Easter was something of a rollercoaster!

Last week I attended the Play by Play festival in Wellington as part of the New Zealand Game Festival.  It was really excellent, with some very thought provoking talks so I'm glad I went to that - hoping some of it will feed into making Before We Leave all that it can be.

As for actually getting things done, most of the last two weeks has been a never ending round of trying to create a playthrough that I can record for the announcement trailer, fixing all the bugs and content omissions that get in the way and repeating.  Yesterday I finally got a first draft trailer recorded and edited, which is an enormous milestone!  I'm not going to show it on here because it was VERY rough, but I'm getting there.  And everyone I showed it to had really positive things to say about it (and some good constructive criticism of the rough patches).  Today I thought I had everything ready to record a second draft, but of course as soon as I tried something weird broke and my cold kicked me in the head, so that's Mondays problem.  I'm really really looking forward to giving you all a proper look at what I've been working on though! So excited!