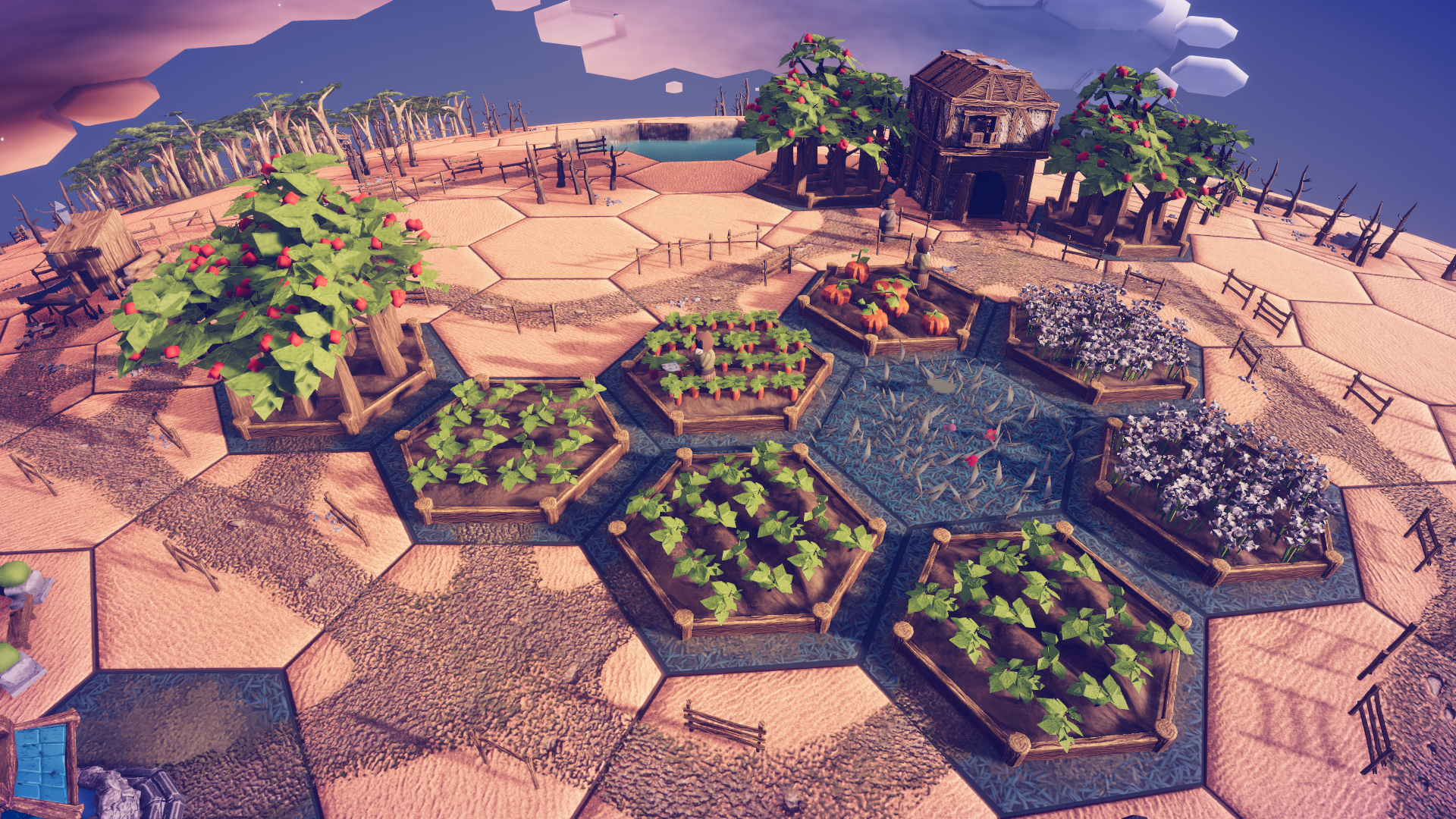 March was super busy with preparations for our Steam launch!

Howdy everyone! This blog post is coming to you a little later thanks to Easter (we had a great one, and we hope you did too!). March was also super busy with preparations for our Steam launch! Speaking of...

Before We Leave will be coming to Steam on the 13th of May (or the 14th, if you’re in a similar time zone to us here in NZ!). We’re also releasing a content update for Steam and EGS at the same time. Its biggest features are Scenarios, achievements, and weather effects like rain, snow and storms. More info on those closer to release.

Feedback sessions with the community

We really love working with our communities to make Before We Leave the best version of itself. When we decided to add Scenarios and Achievements (and Trading Cards on Steam), we knew it was really important to get the community involved, so we ran three multi-day feedback sessions on Discord and Reddit, getting people's ideas about what achievements and scenarios and trading cards they want.

And they were an excellent success! We’ve had over a hundred suggestions, which have really helped to shape what those features will look like on launch, so thank you again to everyone that contributed. Expect news April/early May absolute latest.

While we’re talking about adding new stuff to Before We Leave, we’ve done another Quality of Life update. Features like multi-Peep elevators are now in the game, as well as easier access to chapters of the Story Game that was in our Discord through last year. Patch notes for the update can be found on our Discord, Subreddit, and our Gamepedia.

We participated in the South Dunedin Street Festival! Our managing director Anna wrote a blog post about it here.

We have a Twitch stream now! I've been streaming once a week, every Wednesday at 9.30am NZST (or Tuesday afternoon/evening, for many of you). I'm playing through Before We Leave right now, and I plan to play more Kiwi and peaceful games in the future! You can also watch the VOD's for the streams on our YouTube channel.

It's been awesome hanging out with the community. When you're getting ready for a major feature to ship, or even a whole game launch, it's easy to neglect the very people that you make games for. Having two hours a week to simply talk to people has been wonderful so far, and I can't wait to do it more.

Kiwi Games Starter is a programme here in NZ to help new studios access funding for their game, helping their dream projects come true. We won KGS all the way back in 2019, and it was really helpful for making development much more concrete. The opportunity arose to sponsor the second prize for the most recent round of KGS, so we decided to help! Congratulations to the two prize winners - Battle Cruisers and Rose & Locket. Make sure you check them out, they’re already looking like fantastic games.

Aaaaand that's it for now! Thanks for reading, we’ll see you next month with more updates and news.